Ever since I can remember, artificial intelligence has been the holy grail. Films have portrayed it, from BladeRunner to the more recent Her. In the meantime, business leaders promised it would revolutionize the workplace. In both cases, we’ve been presented with scenarios in which AI transforms the daily grind.

Indeed, AI has been talked about as a scientific discipline since 1956. And although the math-based fundamentals have existed for more than 70 years, the computing power required has only recently been a reality, with the cloud being the ultimate AI catalyst.

Significant progress has been made — and the sector is no longer in its infancy. According to McKinsey’s The state of AI in 2020 survey, 50% of respondents said their companies had adopted AI in at least one business function.

AI has the potential to drive change in almost every industry. In other words, there are big incentives for organizations to start their AI journey now; there is also the risk that if they don’t, playing catch up will be difficult, if not impossible, in a discipline that will become increasingly critical the more widely it is adopted. So, it’s no surprise that AI is causing so much interest and excitement.

However, a lot of AI projects fail.

POCs Should Be Designed for Long-Term Success

Many proofs of concepts (POCs) are not designed to scale. They do no more than prove that something can be done. Then, they are left to fester because it wasn’t determined in advance whether the concept in question was relevant and required by the entire organization, or whether an enterprise-wide roll-out was technically feasible.

Moreover, the cost structure of projects of this nature: Getting to this point is likely to have devoured 70% of the overall budget, without the result ever seeing the light of day. That is bad business on every level. So, what is the alternative?

In short, scale must be an integral part of the POC, and reflected in the metrics that determine if it was successful.

There are some straightforward tactics for achieving this. A good option is running the POC in two regions and requiring both streams to deliver on pre-determined goals before it can be signed off as a success. It is also important to identify parallels and variations between the projects. This approach develops process and structure as part of the initial venture, and it underpins adoption in the wider environment if the project moves ahead.

Organizational silos, rooted in the traditional business structure, are still commonplace. They are a constant thorn in the side of smooth-running operations, and they can be the death knell for scalable AI implementations. Addressing this means building the right skills into every part of the project. 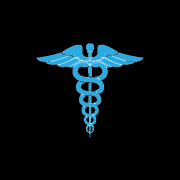 RV Entertainment For The Whole Family

How do I fix if google search not responding on iPhone